I always have churros for breakfast whenever I go to my grandmother’s village!

When freshly made, these Spanish treats are deliciously crispy on the outside and tender on the inside.

Are Churros a Typical Spanish Breakfast?

Here in Spain, we don’t eat them every day for breakfast, we eat them on special occasions or when we suddenly feel like it, either for breakfast or as a snack. I would say that we consider churro a treat.

Churros come in the shape of loops or sticks, and you can eat them plain, coated in sugar, or dipped in coffee for breakfast. We don’t usually dip them in hot chocolate for breakfast because it’s too heavy to begin the day!

However, we love eating churros with hot chocolate when we celebrate special occasions such as New Year’s breakfast or special family evenings. On cold winter afternoons, dipping churros in hot chocolate is a dream snack.

What is a Churro?

Churro is a fried dough treat made of flour, water and salt. Also, we add in milk and egg white, and you will see how delicious they turn out!

Where to Buy Spanish Churros?

Freshly made churros can be found in churrerías (churro shops), and ready-to-cook frozen ones can be found in supermarkets. But you can also make them at home, and I’ve got you covered on this one!

Near my house in Madrid, there is a food truck (I guess the new version of churrería) with a huge frying pan inside, ready to make and sell churros. Every morning, long lines of people form to get these sweet treats.

The origin of churros is a bit uncertain. On one hand, the Portuguese are said to have brought them from China to the Iberian Peninsula. On the other hand, legend has it that this popular dish was invented by Spanish shepherds because the dough was easy to make and fry during their long stays in the fields. The name churro may have derived from the churra sheep, a native breed of Castilla y León.

The recipe was passed down from the countryside to small villages where churros were made in churrerías. In my opinion, there is no better smell in the morning than freshly baked bread and churros in the villages.

What is the Difference Between Churro and Porra?

Although many people believe that churros and porras are the same and only differ in size and texture, the truth is that there are 2 main differences:

As result, porras are thicker and fluffier, due contain air inside, and made into spiral. They are also known as churros de rueda or calentitos de rueda.

According to old Spanish recipe books, there are two traditional ways to make a churro. The original recipe calls for nothing more than flour, water and salt. Another traditional recipe includes two additional ingredients: milk and egg white. The latter is the one we’ll be using, and you’ll be surprised what delicious churros come out!

I use mild olive oil for frying churros because of its softness and neutral tasting; thus, the flavors of the ingredients are respected and the churro keeps its exquisite taste. This type of oil is obtained from blending refined olive oil and virgin olive oil, and it is ideal for frying and making desserts, pastries and pies.

How to Make Spanish Churros

As a child, I thought these delicious figures were impossible to make; I never imagined I’d learn how to make homemade churros!

Not only churros are surprisingly easy to make, but also I’ve meticulously broken down each step of this homemade recipe to ensure that yours come out perfect the first time.

Do you want to learn how to make authentic Spanish churros? Get on board!

2. Sift 1 cup of all-purpose flour into a small bowl, then add into the milk. Cook the flour in the saucepan for one and a half minutes over medium heat. Keep stirring, with a wooden spoon, while preventing the dough from sticking to the sides of the pan.

3. Remove the saucepan from the heat and put the dough in a bowl. Then, add one egg white into the mixture and keep stirring. You can knead the dough, but be careful not to burn your hands as the dough is very hot!

Tip for this third step: Knead until the dough absorbs the egg white. You will know the dough is well done when you knead without it sticking to your hands.

6. Once the oil is ready, load the dough into a churro maker. Then, pipe lines about 4″ long.

Tips for this sixth step:

7. Fry the churros for 3 minutes on each side until golden brown. Total time in the pan: 6 minutes approx.

8. Remove the churros from the pan with a skimmer and place them on paper towel to absorb the excess oil.

9. In a small bowl, add ½ cup of sugar and coat your freshly made churros in. Et voilà… you’ve made some delicious Spanish churros for breakfast or snack!

If you liked these authentic Spanish churros, I invite you to try making other traditional Spanish desserts! 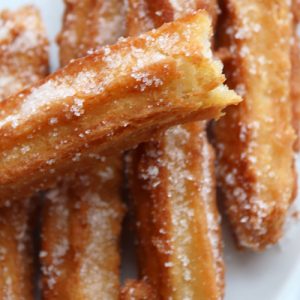 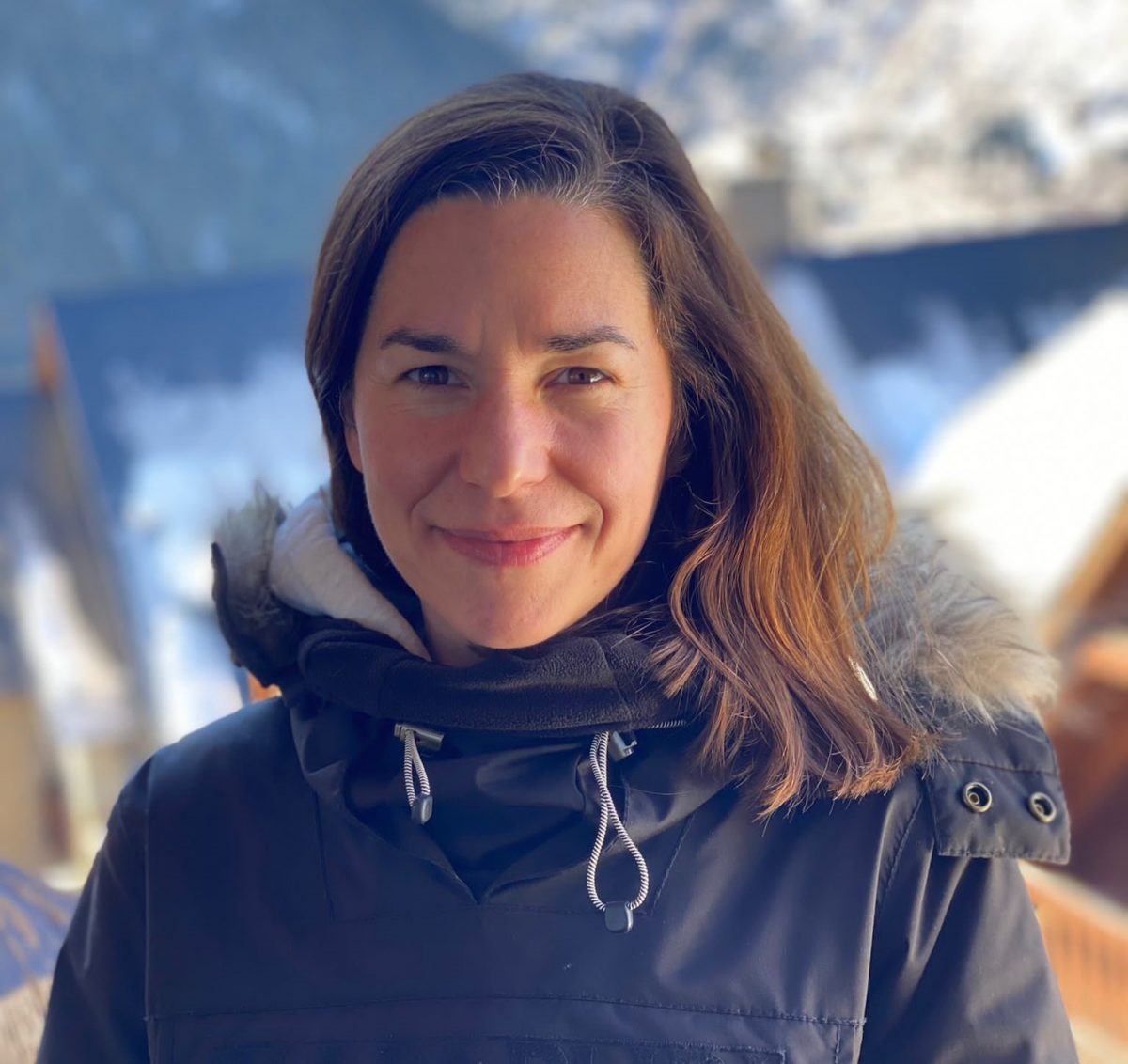